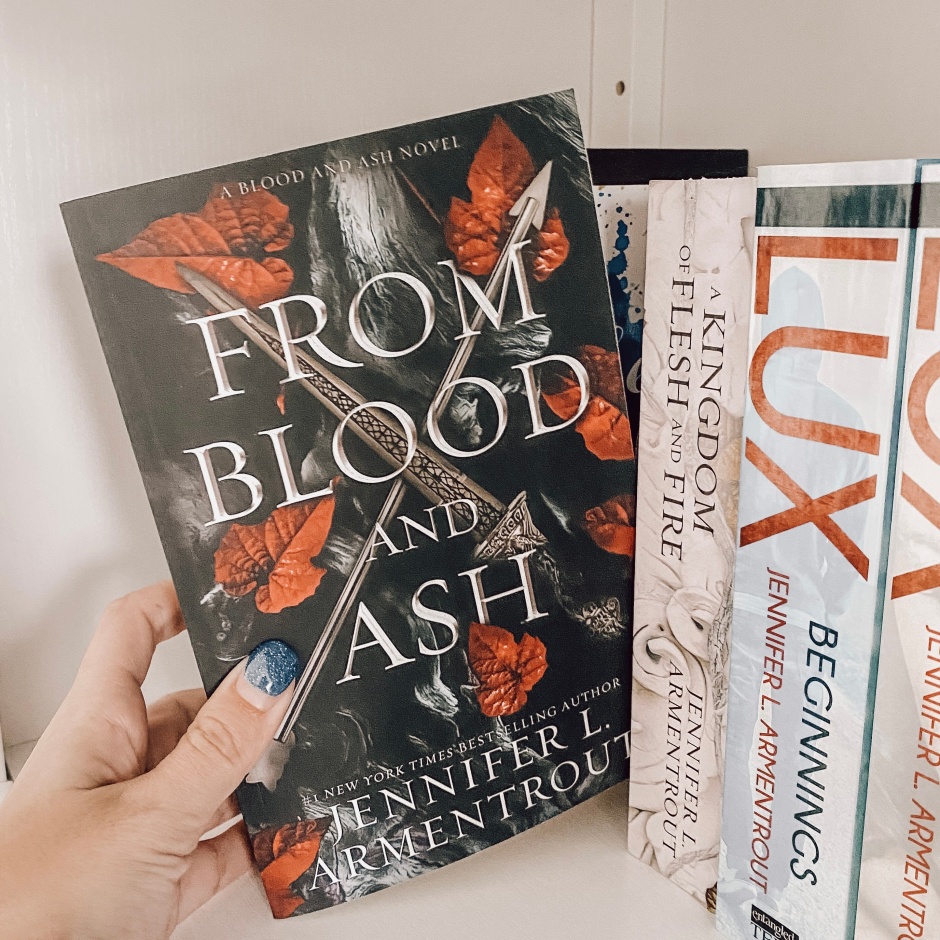 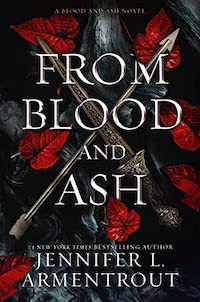 This book literally came out of nowhere. One day, I popped onto Goodreads and boom–there it was, all over my feed. My first thought: extreme excitement that one of my favorite authors is releasing a new adult fantasy series. My second thought: despair that I wasn’t invited to this super secret ARC reading and was just finding out about this book now. But I digress.

What is this book about? Honestly, the synopsis is very vague and I had no clue what I the plot of the book was even about going into it. All I knew was this it was a) new adult fantasy and b) JLA so I was likely not going to be disappointed.

Basically, From Blood and Ash follows our protagonist, Poppy, who is the Chosen Maiden for what is essentially the world’s religion. When she reaches her nineteenth birthday, she will Ascend and be given over to the gods–a ceremony cloaked in some mystery as the heroine is unaware of the finer details. However, there are enemy forces that are unhappy with the ruling class and the way things have been run for the past hundreds of years, and that is where the conflict of the story comes into play.

I feel like I should also mention: this book is high fantasy meets supernatural. There are vampires and werewolves and a manner of other supernatural creatures. Like I said, the synopsis is pretty vague so I was surprised when I kept seeing other reviews mentioning vampires. But more on that in a bit.

What did I like? First of all, vampires are making their comeback and I, for one, am here for it. I was surprised to find a fantasy book featuring paranormal elements but JLA does an incredible job weaving together two different genres to create a unique story and honestly, it works. Once this element of the story was introduced, I was super intrigued and eager to learn more! She sets up the ending of the story perfectly and I cannot wait to dive into the sequel.

The romance was hot. I’ve been reading JLA for a very long time, including her adult romance series, and she does such an amazing job building the tension between two characters and then turning on the fireworks during the more intimate scenes. As this is considered new adult, it blends the accessibility of YA fantasy with the maturity of adult novels and I cannot stress enough how much I wish there were more NA fantasy books.

What didn’t I like? From Blood and Ash almost reads like two different books. There’s the first 2/3 of the story, which was enjoyable but never really captured my attention and really didn’t thrill me all that much, and there’s the last third of the book in which I literally could not stop reading. In typical JLA fashion, the last part of the story was action-packed, completely turning around my original opinion (and rating) of this book. My issue with the first 2/3 is that he pacing was extremely slow and nothing really happened.

Another problem I had was the worldbuilding. I had trouble comprehending some of the more important parts of the story. A majority of the worldbuilding is provided in long info dumps, which made it harder for me to understand. There’s a part of the book in one of the later chapters when ~things~ are revealed and explained, and even though I read the passage three times, I still have trouble grasping what is what and how things work. I’m really hoping for some clarification with the next book, but I’m really intrigued by the world–just confused as heck.

Overall thoughts: From Blood and Ash is the new adult fantasy series I had been praying for. New adult is such a small niche in the publishing world which is really a shame, because I think it could be a really big genre. Jennifer L. Armentrout’s newest series is sure to please fans of her other works, as well as those looking for a fun fantasy series full of vampires.