Welcome to my stop on the Song of the Abyss book tour! Thank you to Fantastic Flying Book Club for organizing the tour and allowing me to participate as a tour host! 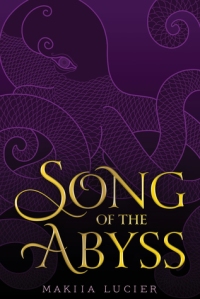 As the granddaughter of a famed navigator, seventeen-year-old Reyna has always lived life on her own terms, despite those who say a girl could never be an explorer for the royal house of St. John del Mar. She is determined to prove them wrong, and as she returns home after a year-long expedition, she knows her dream is within reach. No longer an apprentice, instead: Reyna, Master Explorer.

But when menacing raiders attack her ship, those dreams are pushed aside. Reyna’s escape is both desperate and dangerous, and when next she sees her ship, a mystery rises from the deep. The sailors–her captain, her countrymen–have vanished. To find them, Reyna must use every resource at her disposal . . . including placing her trust in a handsome prince from a rival kingdom.

Together they uncover a disturbing truth. The attack was no isolated incident. Troubling signs point to a shadowy kingdom in the north, and for once, the rulers of the Sea of Magdalen agree: something must be done. But can Reyna be brave enough to find a way?

Isle of Blood and Stone is one of the most under-hyped books, and it’s companion novel Song of the Abyss can join its ranks as greatly written YA fantasies that deserve way more attention than they are getting.

The main character’s name is Reyna, and I will 100% admit that it was the reason I decided to pick up this ARC and forced me into reading the first book. Reyna was one of my favorite characters in Isle of Blood and Stone and it was so awesome to see her get her own story!

There was more action in Song of the Abyss, which along with the fantastic pacing, made this such an easy book to fly through. The story follows Reyna as she goes searching for her missing friends to a mysterious kingdom. As with Isle of Blood and Stone, Makiia Lucier does an amazing job in creating a story that blends adventure, mystery, and a hint of romance together with excellent writing and memorable characters. I definitely recommend these books to anyone looking for a fun fantasy done right. My message to the bookish community: stop sleeping on these books. 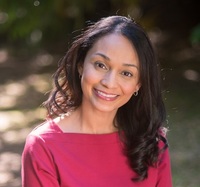 Her debut novel, A Death-Struck Year, was called a “powerful and disturbing reading experience” by Publishers Weekly, and was a finalist for Germany’s top book prize for children, the Deutscher Jugendliteraturpreis. Her second novel, Isle of Blood and Stone, was inspired by her love of Indiana Jones movies and old, old maps.

She lives with her family in North Carolina.

Win one of three finished copies of Song of the Abyss (US only).

ARC haul from @yallfest this past weekend! 📚 I was able to snag so many great titles that I’m super excited to read!
good morning fellow bookworms ☀️
@yallfest Day 2! ✌🏼
What are your plans this weekend?
Where’s your favorite place to read?
Happy Halloween! 🎃