Welcome to my stop on the West book tour! Thank you to Rockstar Book Tours for organizing the tour and allowing me to participate as a tour host!

Thank you to HMH for Young Readers for providing me with a copy of East. You can find my review of the first book here!

In the sequel to the beloved high fantasy East, Rose sets off on a perilous journey to find her true love when he goes missing in a thrilling tale of danger, magic, adventure, and revenge.

When Rose first met Charles, he was trapped in the form of a white bear. To rescue him, Rose traveled to the land that lay east of the sun and west of the moon to defeat the evil Troll Queen. Now Rose has found her happily-ever-after with Charles—until a sudden storm destroys his ship and he is presumed dead. But Rose doesn’t believe the shipwreck was an act of nature, nor does she believe Charles is truly dead. Something much more sinister is at work. With mysterious and unstoppable forces threatening the lives of the people she loves, Rose must once again set off on a perilous journey. And this time, the fate of the entire world is at stake.

If East is a whimsical, magical fairytale, then West is it’s darker, more mature sister novel about what happens after the happily every after, and how things don’t always remain that way.

Everything I loved about the first book was also present here: the fairytale-esque aspects, the magic, the bonds between family and friends, the adventure-filled quests, and lovable characters. But the book also has some grimmer aspects, and our beloved characters go through some really tough times – and they don’t always end well. Rose is the same determined, caring young woman that she was in East, but now that she’s a mother, it was great to see her grow even more and the unconditional love she has for her son and Charles.

West is not as whimsical and light-hearted as East, but there was still so much that I absolutely loved about it. From the characters, to the world, to the folklore elements, there’s something wonderful about this book, and I believe fans of East will not be disappointment with this long-awaited sequel. 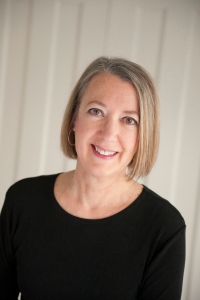 Edith Pattou is the author of Ghosting, a contemporary novel for young adults, told in free verse. She also wrote three award-winning fantasy novels for young adults – East, a retelling of the Norwegian folk tale “East of the Sun and West of the Moon,” and the two Songs of Eirren, Hero’s Song and Fire Arrow. She is also the author of the New York Times bestselling picture book, Mrs. Spitzer’s Garden.

She was born in Evanston, Illinois, grew up in Winnetka, and was a teenager in the city of Chicago where she attended Francis W. Parker School. She completed her B.A. at Scripps College in Claremont, California where she won the Crombie Allen Award for creative writing. She later completed a Masters degree in English Literature at Claremont Graduate School, followed by a Masters of Library and Information Science at UCLA.

She has worked for a medical association, a clothing boutique, a recording studio, the Playboy Foundation, a public television station, a school library, two public libraries, two advertising agencies, and two bookstores.

Three (3) winners will receive a finished copy of West. US only.