When I first came across the Kingmaker Chronicles, I was ecstatic to find a series that seemed to have everything I look for in the fantasy romance genre. I quickly devoured the first two books. A Promise of Fire and Breath of Fire were completely addicting – full of thrilling adventures, steamy romance, great characters, and an intriguing plot. And as sad as I was that Cat and Griffin’s journey was coming to end, I was so excited to read the conclusion to this series. Nothing pains me more than the fact that Heart on Fire was a major disappointment.

There were three major issues I had with the book that didn’t allow for me to enjoy this as much as the first two in the series:

The Characters. Heart on Fire was very much focused on Cat and Griffin, which is fine because they’re the main characters and the heart of the story, but the side characters that I had grown to love and care for throughout the series were practically non-existent, and had very little (if any) page time. One of the great things about the previous books was Cat’s connections and relationships with these characters, so the fact that they were missing throughout most of the book was disheartening.

The Plot. My main issue was the plot was that many of the scenes seemed to drag. When I start skimming paragraphs and pages, that is never a good thing. Another problem I had with the story was the final confrontation with Cat’s mother. I was expecting way more action and turmoil, especially given all the previous encounters, and yet it was over so quickly and anti-climatically that I wondered if I had missed something.

The Ending. This is where the majority of my disappointed comes from. When I read the conclusion to a much beloved series, I expect to be left with a feeling of contentment and satisfaction. Instead, I feel cheated. The ending felt completely rushed. The story ended so abruptly that I was actually stunned when I turned the last page and was met with nothing. There was no epilogue or final chapter to wrap up loose ends and give closure to the reader. It honestly felt like I was missing a part of the book. It left me with a bitter taste in my mouth.

Heart on Fire should have been an epic conclusion to a wonderful series but there were too many things missing for me to really enjoy it. I’m going to miss these characters and their stories, especially Cat and Griffin. In the future, I hope there are more fantasy romance novels written as wonderful as these books in the future. Kudos to Amanda Bouchet for writing such an amazing debut series!

One thought on “REVIEW: Heart on Fire – Amanda Bouchet (ARC)” 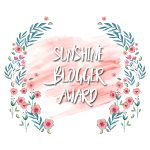