Top Ten Tuesday is a weekly meme hosted by The Broke and Bookish. This week’s topic is about the books we’re most excited to be released for the second half of 2017. This year has already been a pretty good so far in terms of books I’ve read and new releases, and I can’t wait to see what the rest of the year has in store! 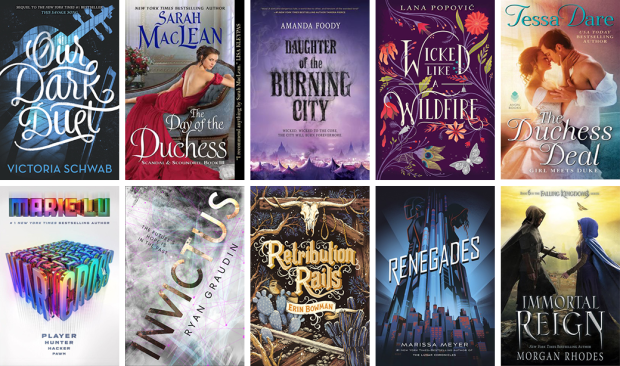 One thought on “Top Ten Tuesday: Most Anticipated 2017 Releases”