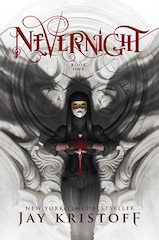 I have to be honest: I went into this book not expecting to like it at all. I had read multiple reviews that were not very good and it dropped my expectations. So no one was more surprised than me when I finished and found that I had actually really enjoyed it.

Despite my rating, there were quite a few things I did not like, and they seem to be the same things that everyone else had problems with too. The footnotes at the end of the chapter were annoying. Maybe if I had a hard copy they wouldn’t have bothered my as much, but since I had a eARC, I couldn’t flip to the end of the chapters and back to read them, so by the time I got to them I couldn’t even remember what they were in reference to. Some of them were also way too long. I don’t want to read footnotes that are paragraphs in lengths and so I ended up skipping the longer ones and only reading the ones that were a sentence or two. Even though I didn’t particularly like the footnotes, I do have to say that I did find the tone of them very amusing, or at least the ones I didn’t skim.

The next thing I really disliked was the writing, at least during the first half of the book. It was too dense and took forever to push through. The amount of long similes and metaphors was, quite frankly, obnoxious. They were abstract to the point that I had to read passages multiple times to try and figure out what the author was trying to say and it took away from the plot. For instance:

“But if the inn were a man and you stumbled on him in a bar, you’d be forgiven for assuming he had-after agreeing enthusiastically to his wife’s request to bring another woman into their marriage bed-discovered his bride making up a pallet for him in the guest room.”

I can’t even tell you how many times I have read this and still have no idea what the author is supposed to be saying to describe the inn.

The entire first half of the book is filled with many more metaphors like this, as well as long descriptions, to the point that is was distracting from the plot. However, if you can power through the first half, the book becomes infinitely better by the second. I don’t know if it’s because the similes/metaphors stopped, or if they just became less obvious due to the fact that I was so immersed in the story. I also liked the fact that the romance was not the main focus of the story. It was subtle enough that it didn’t take away from the plot, but still gave me something to hope for. I’m looking for to the release of the second in the series!

Many people stopped reading this midway and had I followed suit, I also would have given this a much lower rating and would have liked it as much as I did. As I stated earlier, I think the book gets much better during the second half, and is worth pushing yourself through the thick of the first 50%. It feels strange rating a good review and liking a book that many other people disliked since this has never happened to me before. I’m typically on the other end of the spectrum: hating books that everyone else raves about. But oh well, all that matters is that I like the book.