Top Ten Tuesday is a weekly meme created by The Broke and the Bookish and now hosted by That Artsy Reader Girl. Today’s theme was frequently used words in titles of a genre of choice. Let me tell you, when I saw the theme I knew exactly what I was going to do! There are so many titles in Young Adult Fantasy that sound very similar, the same few words seem to be used over and over again. Here are some the words I find are most frequently in YA Fantasy titles!

1. QUEEN
Examples: The Queen’s Rising, The Star-Touched Queen, Red Queen, The Hundredth Queen, The Queen and the Curse

3. DARK/DARKNESS
Examples: One Dark Throne, Gathering Darkness, Our Dark Duet, The Beauty of Darkness, The Queen of Air and Darkness

6. SHADOW
Examples: Shadow and Bone, The Shadow Queen, Lord of Shadows, From the Earth to the Shadows, Queen of Shadows

7. BONE
Examples: Children of Blood and Bone, Ink and Bone, Daughter of Smoke and Bone, Ivory and Bone, City of Bones

It’s funny how many of the titles I used as examples could have been used more than once! Which words have you noticed are used frequently in Young Adult Fantasy titles? Let me know in the comments!

#BookstagramBoost is a monthly meme hosted by Aimee @ Aimee, Always and Alexandra @ Twirling Pages where you can feature your favorite bookstagrammers who fit into the monthly themes (which will be revealed on both Aimee’s and Alexandra’s blogs on the second-to-the-last Saturday of each month). This meme highly encourages you to share “smaller” bookstagram accounts, but that’s not a requirement!

How do you participate?

1. FEATURE: Come up with a blog post (or Twitter thread!) featuring bookstagramers who fit into the theme for that month!
2. ENCOURAGE PARTICIPATION: Make sure to include the meme instructions (what the meme is, and how to participate) in your blog post!
3. ADD YOUR LINK: Add your post to the linky on the main post from Aimee, Always or Twirling Pages for that month! (Linkys will open every third Saturday of the month, and will close when the linky for the next month is up.) 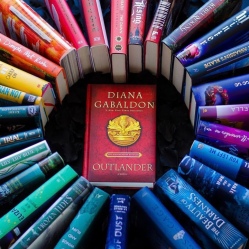 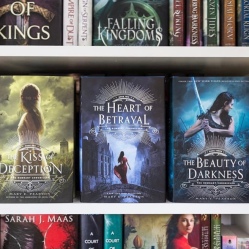 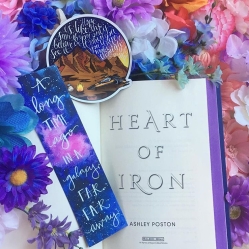 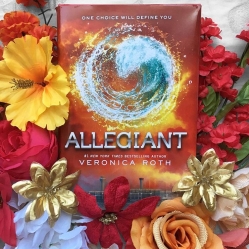 Check out these accounts and give them some love! Do you have a bookstagram account? Let me know in the comments! I could spend all day on Instagram looking at beautiful pictures of books 😍

Top 5 Wednesday is a weekly meme hosted by Thoughts on Tomes. If you want to join or find out more information about the weekly themes check out the Goodreads page! This week’s topic has us talking about books in our favorite genre that don’t have a lot of popularity. Historical fiction is one of my favorite genres to read and there are quite a few books that I think deserve more hype!

MISTRESS OF ROME – Of all the books on this list, this one probably has the most ratings and notoriety. Nevertheless, it still doesn’t have the popularity and hype that it deserves. Kate Quinn is an amazing author and the Mistress of Rome series is impossible to put down. The historical aspects are well researched, the characters are complex and lovable, and the plots are intriguing and intricate. Mistress of Rome is one of my favorite books ever and if you pick just one book from this list to try, I highly suggest this one!

THE WEDDING SHROUD – I stumbled upon this series when I needed another ancient rome fix and I’m so glad I did! It’s incredibly well-written and full of great characters and complex relationships. I loved reading about the different political and religious aspects of the Etruscan and Roman cultures during that time period and the conflict between the two civilizations.

FROM ASH AND SAND – Amy Harmon has quickly become one of my favorite authors. Her writing in From Ash and Sand is excellent and her portrayal of WWII is so realistic you can feel the terror and pain along with the characters. Not to mention that the story between Eva and Angelo is one of the most heart-wrenching and angst-filled that I’ve ever read.

NAKED: A NOVEL OF LADY GODIVA – This is such a wonderful take on the story of Lady Godiva. I’ve always been intrigued by the lore of her story (and the beautiful paintings) and so I was pleased when I found this book. The romance between Godiva and Leofric was swoon-worthy and I really enjoyed the political aspects that were essential to the story. The legend of Lady Godiva is brought to life in an amazing book that’s totally worth the read.

A CURIOUS BEGINNING – If you like Victorian-era England, murder mysteries, a slow-burn romance, a brooding hero with a tragic past, and a smart, independent protagonist then this series is for you! These books are seriously so good and they need more hype.

Top 5 Wednesday is a weekly meme hosted by Thoughts on Tomes. If you want to join or find out more information about the weekly themes check out the Goodreads page! This week’s topic is going to be both fun and polarizing, as the theme is books we dislike but love to discuss. I tend to rant a bit when talking about books I hate so I will try to keep it short and coherent! We all have books that we don’t like, but the books that I seem to really dislike (okay, hate) also happen to be some of the most popular books. I even have a dedicated bookshelf for them on Goodreads. So I thought I’d add a little warning for this week: unpopular opinions ahead.

THRONE OF GLASS SERIES – The first three books were great. Throne of Glass had such potential to be a great series. And then Queen of Shadows happened. Somewhere between the publication of Heir of Fire and writing Queen of Shadows, Sarah J. Maas developed amnesia. She threw away three books’ worth character developments and plot, all to make way for a new ship. That’s unforgivable and it’s Writing 101: Things You Shouldn’t Do As an Author. SJM changed the direction of the series to write her self-insert fantasy/hot fae fanfic and destroyed everything that was written previously. After HoF, the series become ripe with inconsistencies, abusive love interests, and gross, toxic relationships. I could literally write an entire blog just about how much I hate this series and everything wrong with it but I’ll force myself to stop now. If you want more of my thoughts on this series and this author you can check out the anti- tags on tumblr, they all pretty much sum up my feelings.

A COURT OF MIST AND FURY – Maas must suffer from a severe case of inconsistency or something because otherwise I don’t understand how she can go from writing ACOTAR to ACOMAF. The fact that she turns one of the villains from the first book into the love interests is horrible enough as it is, but the fact that she has to do it at the expense of another character’s development is not only unforgivable, but really says something about her writing. It should be disheartening to everyone that young women/girls read these books and are influenced by what they read. The fact that I see so many people call Rhysand and Feyre “couple goals” and find Rhysand’s abusive and problematic behavior “romantic” is what’s wrong with Young Adult books these days.

SHATTER ME – Getting through the first two books of this series was like dragging glass across my eyes. The biggest issues for me are the writing style, Juliette, and yes, *gasp* Warner. First of all, it took me three tries to get through the first book because I could barely standing the writing style. I literally could not stand it and almost DNF’d three times. I don’t remember if I actually finished the second book or not because they made zero impression on me other than I thought there were terrible. I also really disliked Juliette. I thought she was super boring as a character and I couldn’t stand her. Again, the fact that the male lead’s past abusive behavior is excused so he can become the love interest is so gross to me and a trope that I’m frankly tired of seeing in Young Adult books. Authors, please stop this. It’s 2018.

TWILIGHT – Okay, so when I first read these books I liked them. To be fair, I was in middle school. And then I read them again when I was older and the movies were set to come out soon and I realized how bad they were. The writing is barely mediocre, Bella is a complete Mary-Sue and actually really, really dumb, and Edward is super creepy.

Merry Christmas everyone! I was at work, but I hope you all had a wonderful day with family and friends. Top Ten Tuesday is a weekly meme hosted by The Broke and the Bookish. This week’s theme was books we’re most looking forward to next year. I decided to narrow it down a bit and focus on Young Adult 2018 releases that are debuts. I’m so excited for these books to come out and I can’t wait to read them!