Hello and welcome back for another Game of Thrones themed post! The greatest thing about both the show and series is that you never know what is going to happen next. There have been some really amazing moments throughout the show, and I decided to talk about some of my absolute favorites! P.S. If you aren’t caught up with all seven seasons, turn back now as there are spoilers ahead!

THE BATTLE OF THE BASTARDS

I can’t even pick my favorite moment, because this whole damn episode is amazing. I could watch it over and over. The entire battle was a cinematic masterpiece. I can’t remember ever being so engrossed in an episode like that before! And the fact that they succeed in retaking Winterfell and the revenge Jon has on Ramsay made my little heart so happy.

I didn’t even know I wanted this reunion to happen until it did. This is honestly on the most emotional scenes in the whole show, and you’re lying if you say it didn’t tug on your heartstrings. After six seasons, these are the first two Stark siblings to reunite and it was everything. Kit and Sophie did an amazing job with this scene; their body language and facial expressions are so expressive and you can practically feel the emotion coming from the characters through the screen.

THE HATCHING OF DRAGONS

Other shows should take note on how to end their first season. The moment after Daenerys emerges from the smoke and ashes of the funeral pyre with three newly hatched dragons was glorious. This moment made me so freaking excited for the next season and for her future storyline. It was the perfect ending to a new and unpredictable tv series that was (correctly) predicted to be the next hit show. 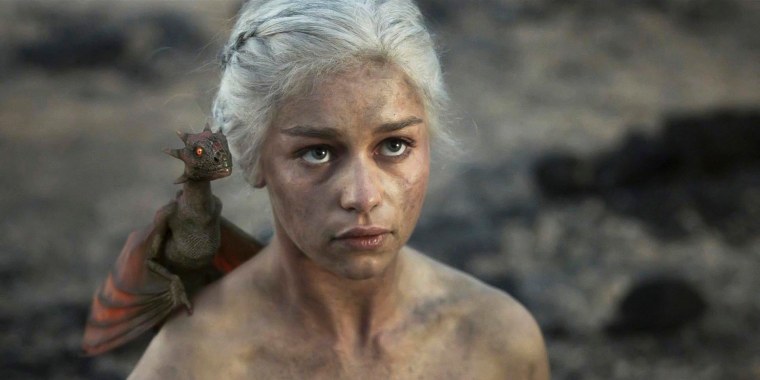 THE KING IN THE NORTH

Last week I had mentioned that Jon slowly became one of my favorite characters. Not only is this moment awesome because of the ferocious Lyanna Stark, but my boy Jon gets everything he never thought he could have or deserved. There’s a ton of foreshadowing in the books pointing to this moment, but it was so amazing to watch. For whatever reason, this King in the North crowning felt way more emotional and important than Robb’s, and I think it’s because of how much Jon (and Sansa) have suffered to get to this point. Robb already had the North’s loyalty because of Ned, but Jon had to earn their trust. 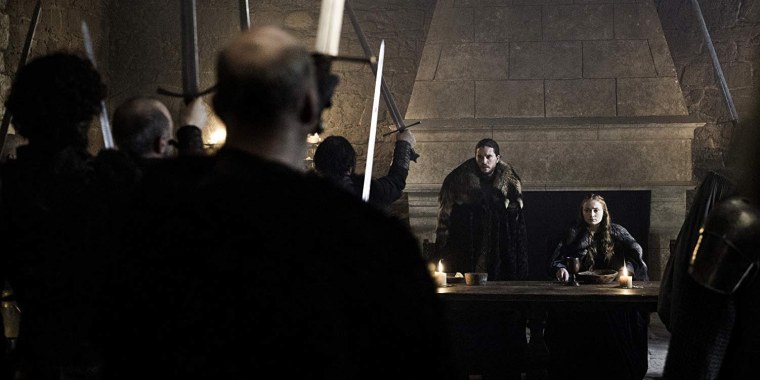 REVENGE ON THE FREYS

I nearly screamed out loud when Arya took off her face. What a BADASS and the best way to get revenge. And also, what better way to begin a new season and draw watchers into the story, all the while setting the stakes of what is to come later on. Here’s to hoping Arya gets more revenge and crosses more names off her list in season eight!

I mean, we only waited like, six seasons for this to happen? There was something so satisfying at seeing Daenerys with her the army and supporters she has amassed throughout the series finally crossing the sea towards Westeros together. Was I excited about what that means for the people of Westeros? No. But ignoring the fact that she’s about to attempt to conquer the same country she wants to rule, that scene was pretty spectacular to watch. 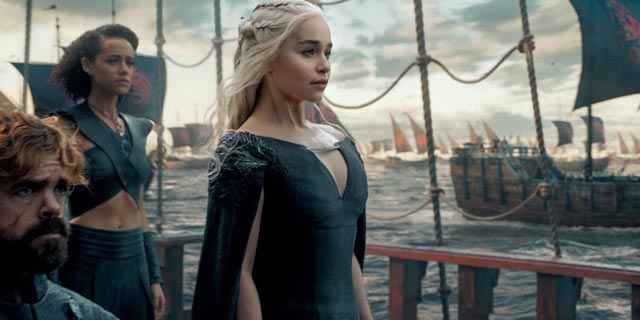 Another wedding in which I wanted to weep: tears of happiness, that is. I remember watching this with friends and how the mood in the room was instantly uplifted after this scene. People have many different opinions when it comes to this show and the books, but I think the entire fandom is united in their hatred of Joffrey.

I still can’t decide who is worst: Joffrey or Ramsay. I will say that I was equally pleased by both their deaths. But the thing that brought me greatest happiness was that it was Sansa who finally got to serve some revenge on her abuser. And the way she choose to administer death? Beautiful. 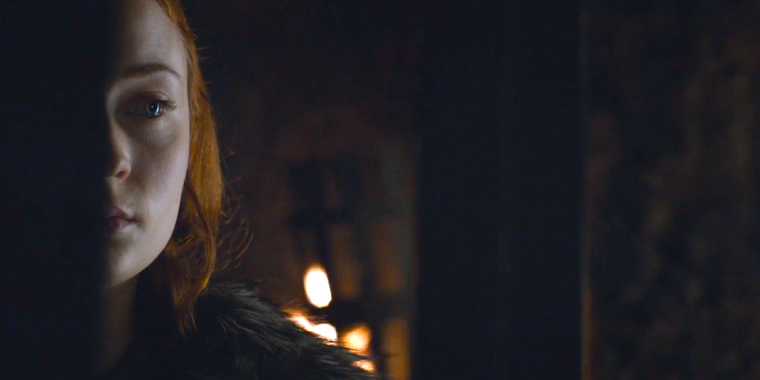 “HOW DO YOU ANSWER THESE CHARGES, LORD BAELISH?”

By this time in the series, I should be expecting to be surprised, but that was one fantastic twist. I was so thankful that Petyr Baelish finally met his end, and at the hand of the two Stark girls no less. This is the man who set into motion the events that would eventually start the War of the Five Kings, who was directly or directly responsible for the deaths of multiple characters, who sold Sansa to the Boltons. The whole trial is amazing: from Littlefinger’s confusion, to Arya’s knowing smirk, to Sansa’s sass and fierceness. 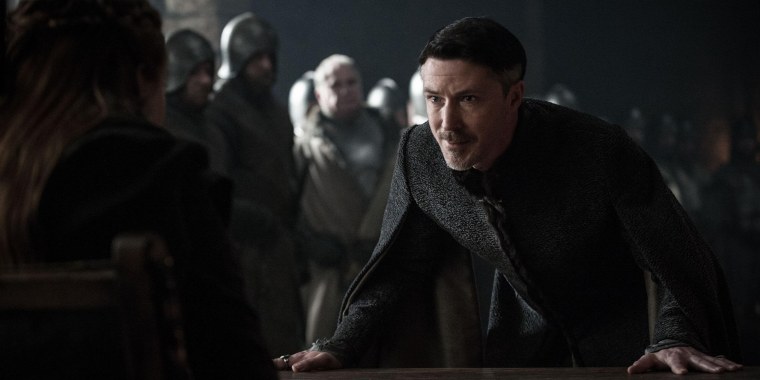 Thanks for reading! What are some of your favorite moments from the book or show? Let me know in the comments!